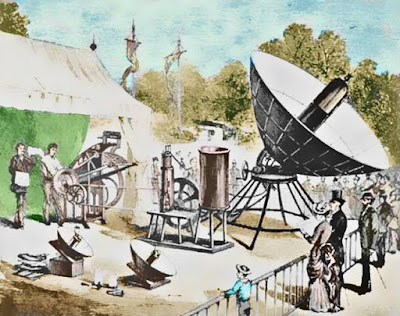 
I really wanted to know more about Abel Pifre

I have had a keen interest in the history of solar energy for several years, and have written several posts on this blog tracing, as best I could, the far from clear lines of that history. Some of the most interesting and exciting episodes of solar history took place in France where Augustin Mouchot came up with the concept of a practical solar concentrator. Essentially a large parabolic mirror to focus the suns rays onto a target and extract the energy and drive machinery. The idea essentially was for a solar concentrator to produce steam to drive various machines. Realising the idea took the mechanical genius of his student and assistant Abel Pifre to actually bring it to fruition.

History has, for the most part, tended to place Abel Pifre in the role of side-kick to Mouchot. I, on the other hand, tend to believe that if it were not for Pifre, the concept would not have been demonstrated so effectively.

Here is a link to the original referred piece:


What I previously wrote.
Back in July of 2010 I wrote the following:

Unfortunately there is no photograph or likeness of, nor is there any great deal of historical information to be had about Abel Pifre.

He was a French engineer who got his start in solar energy engineering by working as an assistant / consultant with Augustin Mouchot the guy that developed the first solar engine.

Later on Abel Pifre went on to build several improved solar engines of his own, including a solar driven printing press, for which perhaps he is most remembered.

My recent research on Abel Pifre 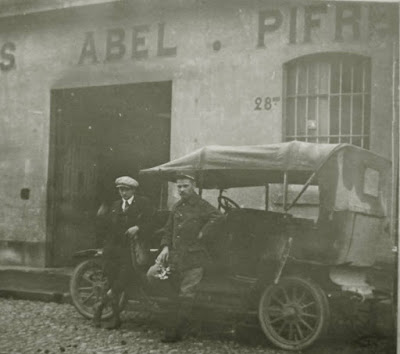 Taken outside Pitre's Lyon workshop before the merger with Otis 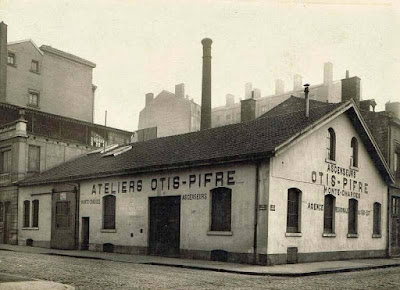 Pifre merged with Otis new name on workshop in Lyon


I have been doing a lot of digging and searching and have come up with a few insights into the genius of Abel Pifre. What follows is a condensed version of what I have gathered. There are some questions about the quality and veracity of the data, and especially regarding a photograph taken in front of Abel Pifre's engineering works in Lyon. I am hoping, perhaps naively, that perhaps one of the gentlemen in the photo may be Pifre himself. If anyone has information on this, or any other point, I should be most grateful to have an update. 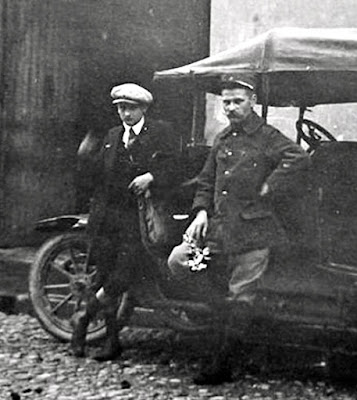 Could the man on the left possible be Abel Pifre? 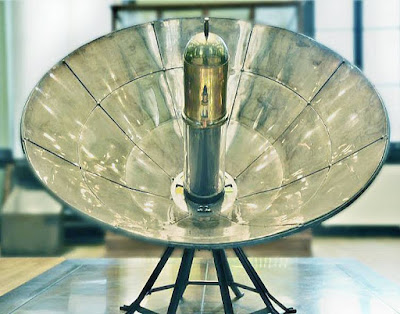 Abel Pifre was a true hands-on leading inventor and engineer. While he is generally remembered for his solar energy work with Augustin Mouchot, he has many other achievements and credits including. Officer of the Legion of Honour (D. August 12, 1923, OJ August 16, 1923, p. 8155).General Albert Adviser (1919-1925). Aveluy mayor (1908-1919) ( Aveluy is a commune in the Somme department in Picardie in northern France).

Then mayor of Albert. Engineer of Arts and Manufactures. Industrial Albert (director of Otis-Pifre facilities (lifts)). Founder of Le Réveil of the Somme.

And the bit commonly known about him; his association with Augustin Mouchot the mathematician who worked on solar energy, but it was Abel Pifre who brought the idea into reality. Later, he developed Mouchot's idea far past the initial point, to where he demonstrated the first printing press using solar energy.

It would seem that Abel Pifre had several workshops on the go in various places and at different times. I am unable to figure the sequence. Here is a brief list of some workshops.

AteliersAlbert (Somme) for the manufacture of equipment and material for sugar mills, oil mills and distilleries, but also for cement plants. Director in 1899: Théophile Colinot. Workshops destroyed during the war.

Ateliers Bezons (Seine-et-Oise - Val-d'Oise today -), at 2, quai de Seine, workshops created after the destruction of workshops Albert.During the great war, workshops Bezons were employed in the manufacture of shells:

Ateliers Otis-Pifre built for the Navy including pumps, cranes, electric folding cranes, intended for battleships Danton, Mirabeau and Vergniaud, as well as up-munitions, which were equipped with the first two buildings.


Was Abel Pifre Shafted by a Lift Company?

Some old postcards show workshops in Lyon where Abel Pifre's name has disappeared from the facade.  Otis remains the great name in elevators but I suspect Pifre was much of the genius in the early development of aspects of elevator technology. I also have a nasty feeling that Abel Pifre was to some extent shafted by the elevator company, if you will pardon the pun, but I could be very wrong in that feeling and stand to be corrected. 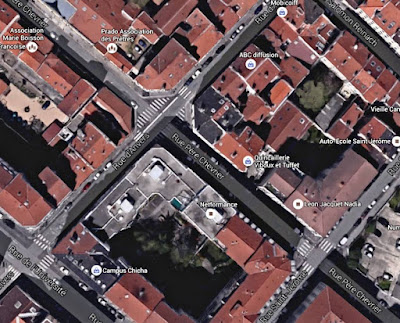 Rue Dumoulin in Lyon is where were the Otis-Pifre workshops once existed. The street is now called Rue Pere Chevrier. The old workshops have long gone. One can locate the site which was on the corner of the Rue Anvers.

You can go to Google Maps and visit the corner. which gives us a 3D look at the street junction.

This post contains as much as I have been able to find on Abel. If you are able to add to this information about Abel Pifre, I would be very happy to hear from you.