The Celtic Tiger is Returning 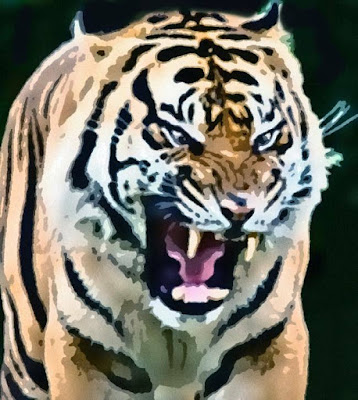 
The IMF International Monetary Fund has issued a recent statement saying it expects the Irish economy to grow by no less than 5% this year. That figure, if it is realised, is more than three times 3X the expected EU average.

At the same time that this “rising tide” is in the process of bringing back the Celtic Tiger, we have been given a glimpse of a very dark underside of the Irish economy. A place where nearly one third 33% of all Irish children are now living in deprived households.

This upsetting figure comes from a new UNICEF report in which that organization states that children are now the most neglected demographic in Irish society.

Another black hole in the Irish economy is revealed in studies which indicate that while Ireland as a whole is doing very well financially on the world stage, it concurrently has the fourth worst income inequality figure in the EU, with an income gap of over 76%.

The UNICEF report clearly says that this income gap is unsustainable and leaves many families "living on the edge".


The Definition of a Deprived Household.

The EU has deemed households as deprived if they are unable to afford at least three items from a list of essentials. The main items on this list are housing, heating, utility bills and a protein meal every other day. Other designated essentials include; the ability to face unexpected expenses, a yearly holiday of some sort, a telephone, a television, a washing machine, and in some cases a car.

UNICEF Ireland, in a statement released by Peter Power, Executive Director said: "100 years ago this month, the Proclamation proclaimed to cherish all Irish children equally. This report demonstrates that as a demographic group Irish children are falling behind other sections of society."

"The message is stark: as inequality increases, wealthy nations of the world are failing their most vulnerable children. " "Those with the least ability to narrow the gaps are being allowed to fall furthest behind."

UNICEF has urged the incoming government to act on the findings of the report.

Constitution of Ireland
a reminder of some of its provisions.

Equality before the law:


Under Article 40.1. The equality of all citizens before the law is guaranteed.

Under Article 41.1 the state promises to "protect the Family", and recognises the family as having "inalienable and imprescriptible rights, antecedent and superior to all positive law".

Under Article 41.2 the state is required to ensure that "economic necessity" does not oblige a mother "to engage in labour to the neglect of [her] duties in the home".

Article 42 guarantees parents the right to determine where their children shall be educated (including at home), provided a minimum standard is met. Under the same article the state must provide for free primary level education. Currently Irish law also guarantees free second and third level education.

Article 45 outlines a number of broad principles of social and economic policy.
The principles require, in summary, that:

(a) "justice and charity" must "inform all the institutions of the national life".
(b) Everyone has the right to an adequate occupation.
(c) The free market and private property must be regulated in the interests of the common good.
(d) The state must prevent a destructive concentration of essential commodities in the hands of a few.
(e) The state must supplement private industry where necessary.
(f) The state should ensure efficiency in private industry and protect the public against economic exploitation.
(g) The state must protect the vulnerable, such as orphans and the aged.
(h) No one may be forced into an occupation unsuited to their age, sex or strength.

Posted by Tony McGinley at 12:26 AM No comments: