The Return of Medieval Feudalism 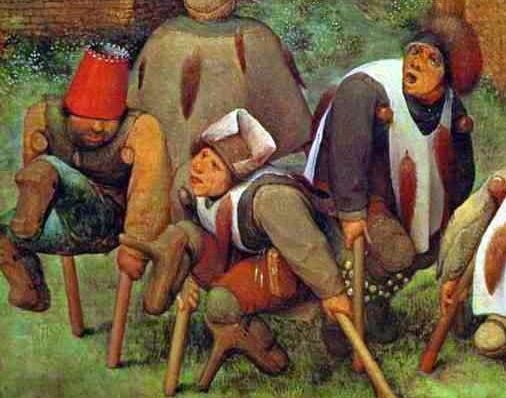 Reset your Calendar 2015 to 1015
The Immanent Return of Medieval Feudalism
or if you like, you can call it Economic Apartheid

There was a time when more than half of the world's wealth was owned by a tiny percentage of super-rich kings, dukes and lords etc. 1000 years on, and history is about to repeat itself!

Oxfam has projected figures which show that the wealthiest 1% will by next year own more than the rest of the world's population put together.

The figures show a clear rapidly rising trend - indicating that we are heading back into Medieval times.

In 2009 the very rich, who represent just 1% of the world's population, owned 44% of the entire wealth. By 2013 that figure had inflated to their owning 48% of everything. On that trend any forecaster would easily pitch the figure at 50%+ by 2016.

In 2014 the global elite had average personal wealth of $2.7m per adult.

No doubt the talk shops like Davos will table some well meaning spin-doctored stuff, and no doubt the well meaning projections will most probably never be reached - going on past performance.

Bono, an Irish musician, didn't put a tooth in it when he told the assembled Davos elite “Some of the criminals around here are not wearing ski masks, they are wearing skis.”

Oxfam have warned that this virtual explosive widening of the gap between rich and poor is "holding back the fight against global poverty at a time when 1 in 9 people do not have enough to eat and more than a billion people still live on less than $1.25-a-day".

* Allowing extremes of wealth and poverty to exist is simply morally wrong.
* The imbalance undermines economic growth,
* It threatens the national security as well as economic stability.
* It leads to revolt and revolution and promotes extremism.

Oxfam is advocating 7 point plan to tackle inequality:
(1) Clamp down on tax dodging by corporations and the rich,
(2) invest in universal, free public services health, education etc.,
(3) Fair tax laws to shift taxation from labour and consumption towards capital and wealth,
(4) Enforcing minimum wages and a living wage for all workers,
(5) Equal pay and conditions for women,
(6) Adequate safety-nets for the poorest,
(7) And a global goal to tackle inequality.

In 2013 Economics Nobel prize winner Robert J. Shiller said that the economic stratification of society into "elites" and "masses", is a major danger to world stability. And that it played a central role in the collapse of other advanced civilizations such as the Roman, Han and Gupta empires.

Oxfam made a bold assertion in 2013. It stated that worsening inequality is impeding the fight against global poverty. The 2013 report stated that the $240 billion added to the fortunes of the world's richest billionaires in 2012 was enough to end extreme poverty four times over.

Oxfam Executive Director Jeremy Hobbs said that "We can no longer pretend that the creation of wealth for a few will inevitably benefit the many – too often the reverse is true."

Jared Bernstein and Elise Gould of the Economic Policy Institute suggest that poverty in the United States could have been significantly mitigated if inequality had not increased over the last few decades.

Posted by Tony McGinley at 2:05 PM